This story is based on a family member who really, really doesn't like spiders.

BTW, this website is great if you like to read short-short fiction. They publish a new story every weekday.

For anyone thinking, "Hey, I think I'll ask Sharon if she could look after my herb garden this winter, while I travel south", I present: 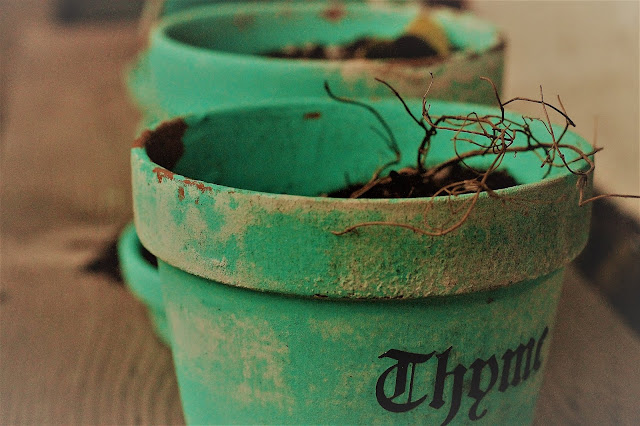 Posted by sharongerger at 10:12 PM No comments:

The coolest thing has happened to me, I got interviewed! You can read it here and I hope it makes you smile, perhaps even guffaw.


Posted by sharongerger at 8:25 AM No comments:

My story is in a book A BOOK! A book that is for SALE on Amazon.

Check it out! There are some awesome stories in here. The world is full of fun and laughter but sometimes you have to seek it out. Do that. It's good for you and those around. Happy is contagious.


I am thrilled to be one of these 40 funny women.


Posted by sharongerger at 5:02 PM No comments:

I was in a craft sale a while back.  It was a fundraiser for the Grand Philharmonic Choir, the 5th annual so I figured it would be pretty busy.  I was very wrong.  We had perhaps 30 customers.  The parents of the little choir singers and the teen singers came to drop off their kids but they didn't shop.

I sold 6 cards in total and 5 of those were to my sister-in-law who insisted upon paying me and one to another vendor. So, the table rental cost me $50, I sold $25 worth of cards and I bought 2 books at $15 each (autographed by the author).

Not a good day financially.

Not being busy gave me lots of time to think about these sales, this is only my second and I have one more booked.  If I get the same results, I will quit craft sales. But in the meantime, I'm going to do the best job I can.

First I need better signage, signs that tell people THESE CARDS ARE HILARIOUS!

Ashley told me and I think she'd s right, that I need to engage people (being nice to strangers - ick!) and just say hi and make small talk.

The lady who was behind me and selling Tupperware was very friendly but also didn't sell anything.

I heard that people liked my business name and they like Mrs. Treefarts herself. 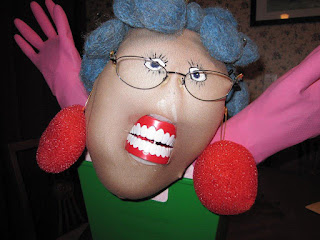 I had a 6-foot table and that's not big enough to also sell Dad's stuff.  8 feet would do that.

The place stayed DEAD all day, what a waste of time and money.

Maybe this needs to be a wholesale business. I should do some research into how I make that happen.


Posted by sharongerger at 6:19 PM No comments:

I have about a dozen stories "out there" now, hoping they will be adopted by someone with superb taste. I've written a short bio to go with my stories and essays.

Sharon Gerger is an award-winning writer with work published in New Yorker, Glimmer Train, Harpe…okay, that’s all balderdash.  She writes a lot and sometimes people publish her work and that fills her with bliss.  If they happen to pay her; well, good-gosh-galoshes, she gets sorta delirious.

Here's hoping I get some good galoshes!
Posted by sharongerger at 6:10 PM No comments:

Humorwriters.org published another of my stories.  I LOVE this website.  Some truly hilarious writers out there!
Here's my contribution:

I thought I had it all – a great husband, two terrific kids, a dog who doesn’t chew the furniture, cats that do. What more could a woman want?
Then I went out to lunch with a friend. During the course of the meal, the subject of family came up and she mentioned that she and her husband had been invited out to Summerhill for the weekend. I’d not heard of any towns by the name of Summerhill and queried her as to the location. She laughingly explained to silly old me that Summerhill was not a town, but rather the name of her sister’s home.
Her sister’s house has a name.
I’ve had the dog for two years and still haven`t gotten around to naming him.
I seldom call my kids by the names I so lovingly gave them at birth because I forget which kid I gave which name. I think I have convinced them that their names are Shawn Kevin and Kevin Shawn and that sometimes I just choose to call them by their middle name.
Everyone we know calls my husband by a nickname he picked up in high school. For the life of me, I can`t remember the name I called him the day I said, “I, Sharon, take you…”   Surely I didn`t say “Snooter.”
My friend`s sister apparently not only knows her husband’s name, she also knows her house’s name!
I am ashamed. I`m going to give the dog a name, but more importantly, I`m giving my house a name. No longer will we simply be a number on a street.
I wonder though, will I have to put a sign on the front lawn to make it easier for the letter carrier to deliver mail to my family?
Does my house have to have a last name?  Is there some government office where one send a cheque to register the house`s name?
I`m giving a party next week and you`re all invited. It`s a gathering to celebrate the naming of my house. It`s a potluck and bring-your-own-beverages affair.
So please load up the car with your kids and come on out to Bert.
No wait, I`ll never remember Bert. I`ll have to come up with something easier to remember. I have a better idea and I`ll never forget where I live. I shall name my house Yale, that’s the name on the key.
Sorry, that won’t work. My car key says Yale too. If I happened to have to run out to get mustard as the guests were arriving, you might all think it was a mobile party and follow me through the city. You certainly wouldn’t consider yourself very pot-lucky if the only thing you had to eat was what you brought to Yale.
No, we’ll have to stick with Bert.
Actually, that name could be a problem; I think one of my cats is named is Bart. You might think we were dining with the cat and nobody likes cat hair in their food.
I`m afraid we’ll have to cancel the party until I think up a better name.
I’ll call you.
Just as soon as I remember your name.
– Sharon Gerger
Sharon Gerger is an award-winning writer with work published in New Yorker, Glimmer Train, Harpe…okay, that’s all balderdash.  She writes a lot and sometimes people publish her work and that fills her with bliss.  If they happen to pay her; well, good-gosh-galoshes, she gets sorta delirious.

Posted by sharongerger at 12:12 AM No comments:

sharongerger
Waterloo, Ontario, Canada
Sharon Gerger is an award-winning writer with work published in New Yorker, Glimmer Train, Harpe…okay, that’s all balderdash. She writes a lot and sometimes people publish her work and that fills her with bliss. If they happen to pay her; well, good-gosh-galoshes, she gets sorta delirious.